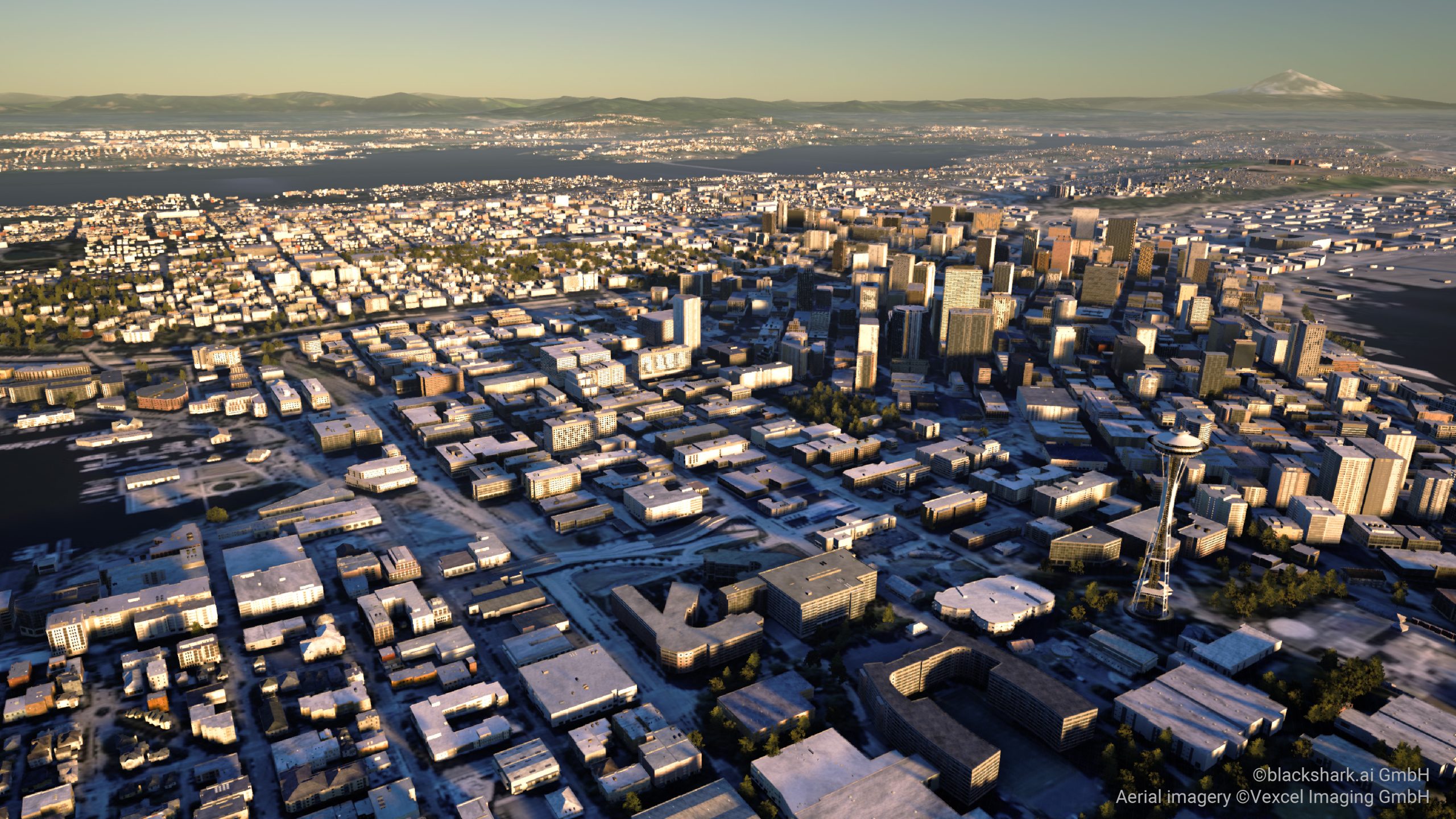 Blackshark.ai Announces $20M Round of Funding

Blackshark.ai debuted just last year with its contribution to Microsoft Flight Simulator, which represents the entire planet in photorealistic 3D by building on top of massive computation power and a novel approach to Artificial Intelligence. The technology blackshark.ai developed has since launched as a platform making geospatial data and 3D simulation environments available at global scale. Applications running on the blackshark.ai platform include use cases for government, geospatial intelligence, humanitarian relief, metaverse/AR, simulation for autonomous driving and flying, deforestation monitoring, insurance, smart cities and more.

Michael Putz, co-founder and CEO of blackshark.ai, explains: “Our platform can process petabytes of satellite data in near real-time and accurately extract semantic information such as building footprints/heights, land use, bodies of water or infrastructure assets such as streets or rail tracks.” This information alone is valuable for many industries and is used as an additional layer of input for the blackshark.ai platform to ultimately reconstruct the physical world in 3D. “These 3D environments are not just beautiful to look at, but given the availability of semantic information they can be queried, searched, updated rapidly and changed for simulation purposes in an instant. This is immensely powerful and really sets the product apart from anything else I have seen”, says Brian McClendon, co-founder of Google Earth on joining the company’s board of advisors.

The US/European founding team has quickly been able to attract large customers globally and is scaling rapidly. “Like many others, I first came to know about blackshark.ai’s capabilities based on their contribution to the new Microsoft Flight Simulator, but it quickly became apparent that the applications of their tech extend far beyond gaming,” said M12 Managing Director Samir Kumar. “Blackshark is a unique intersection of AI-based semantics extracted from geospatial mapping data at planet scale that can be combined with generating high quality synthetic 3D structure data from 2D satellite imaging using procedural generation techniques. Taken together, Blackshark is on its way to developing a new kind of semantic 3D base map of the whole planet including a digital twin of all structures on the surface of the earth!” Sri Chandrasekar, Managing Partner at Point72 Ventures adds: “We believe blackshark.ai’s cutting-edge technology is creating an incredibly valuable asset for the future. A digital twin of Earth opens up new opportunities to interact with the world around us and helps meet the growing demand for geospatial analytics and solutions.”

Raised funds will be used to accelerate the accessibility of the blackshark.ai platform across industries by further ramping up the global go-to-market team as well as on data scientists and developers. “Our vision is to democratize access to geospatial data and to help enable the next generation of technology that will build on top of a digital twin of our physical world”, says Michael Putz looking forward.

Point72 Ventures is a global venture capital strategy led by a diverse set of domain experts with the capital and mandate to lead rounds through all stages of a company’s growth, from idea to IPO. The team invests in founders with bold ideas who use the latest technologies to drive transformational change across industries. Point72 Ventures offers entrepreneurs access to expertise and insights, executive and technical talent, and hands-on support. With offices in the U.S. and Europe, Point72 Ventures is an affiliate of Point72, the global asset manager founded by Steven A. Cohen. For more information, visit p72.vc.